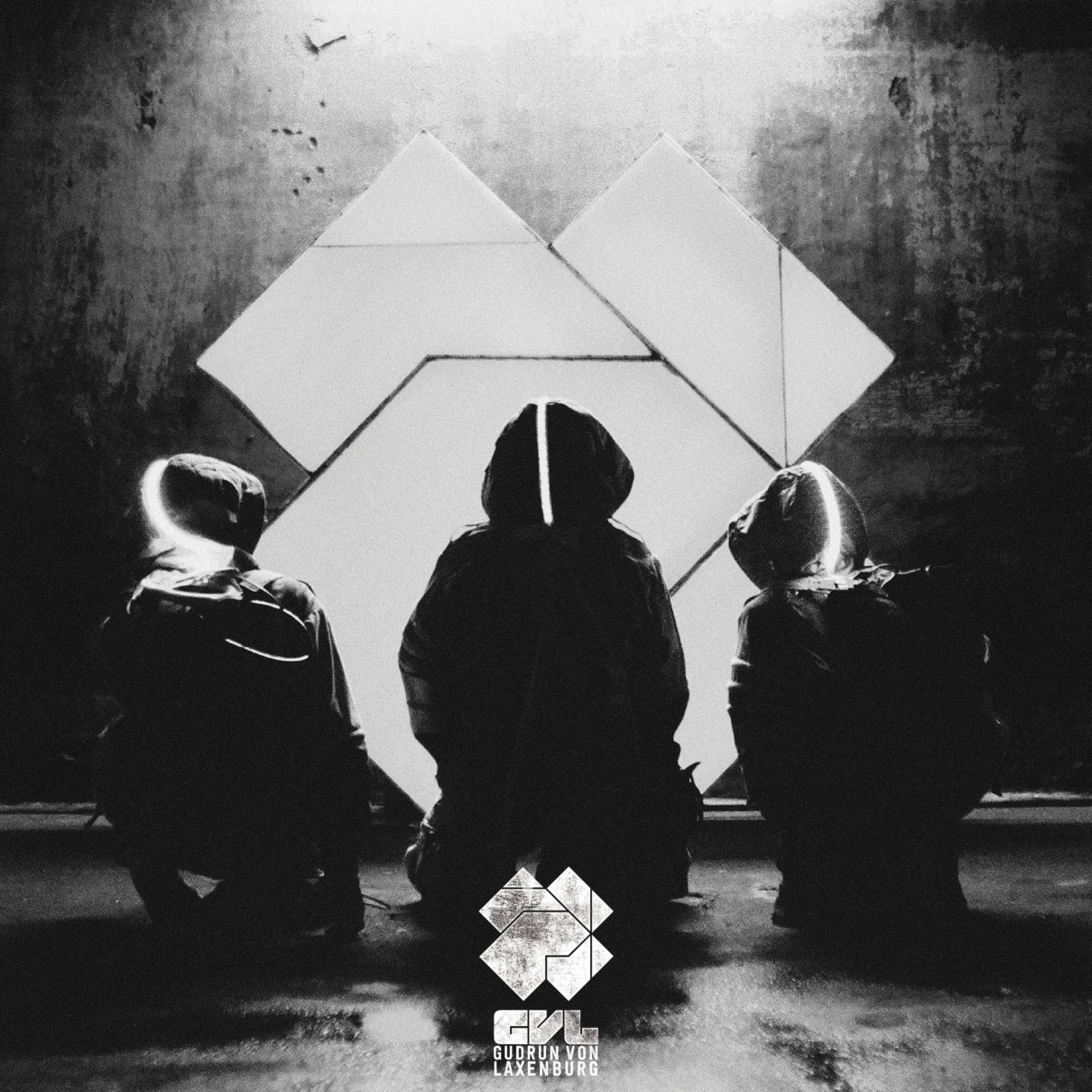 From a jamming session at a friend’s party to a major label deal and performances at some of Europe’s largest electronic music festivals in the space of seven years with no release history whatsoever: Word of mouth, unhurried hype, natural development: Gudrun von Laxenburg’s story is a rare find in modern music… And it’s as real as their beats.
Friends since their teens, July, Christoph and Daniel: A jazz-trained drummer, a classically trained violinist and hard rock guitarist respectively, there was never any question that the Viennese trio wouldn’t enjoy a life in music… Although they didn’t think it would be done with such a happy accident.
“It all started out as a joke. We never sat down and said ‘right let’s make a serious hard-hitting band’ Even our name is a joke: we just took the street names we lived on and made an aristocratic name out of them. The joke is a big part of our live shows. We’re not cool kids all dressed in black or covered in bling, we’re there in costume, making noises and having a good time with the audience.” – Daniel
Their debut show, performed for a film director friend’s movie launch, formed everything you need to know about Gudrun von Laxenburg: their roots and spirit are 100 percent live… A full steam genre-defying fusion surcharged with raw drum power and synths and a sound that sits somewhere between Daft Punk, Digitalism, Justice, The Prodigy and the Chemical Brothers. For their debut performance, in true punk spirit, they collected a bunch of samples and just jammed out. No clicktrack, no backing tracks: rave done in the most rock ‘n’ roll way possible… And delivered in pristine overalls that have since been developed into the space-age LED tailored suits you seen on stage today.